Christianity is a Abrahamic, polytheistic religion founded on the teachings and life of Jesus of Nazareth, also known as the messiah. It is the most popular religion in the world, having about 2.4 Billion followers worldwide. One of the key components to understanding Christianity is the idea of salvation. In most religions, one must be born into it, and in Christianity, the one who is born is saved (born in the sense of being saved by Christ) from sin. 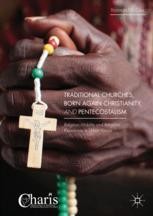 The basic beliefs of christianity are that Jesus is God, the one who was foreointed to bring the gospel, and consequently, all mankind, salvation through his death. Unlike many other religions, christianity has no doctrine of a universal resurrection, godly torture and eternal punishment for humanity, and does not believe that heaven or hell are a place of separation from God. One can draw a fine line between the Christian religion and those religions that have a doctrine of eternal punishment because in essence, the two don’t hold the same ideas. In the eyes of a true christian, salvation from sin is absolutely free.

Among the most common features of christianity are its three main elements, namely, the Holy Trinity, the Holy Bible, and the salvation of its followers through Christ. The three include the Father, the Son, and the Holy Spirit. The Bible in turn consists of three main books namely, the Old Testament, the New Testament, and the Spirit of Prophecy. Finally, the spirit of revelation is present in the book of the Song of Solomon which guides people on their path to eternal salvation. All of these elements together present a broad picture of what christianity is all about.